Many students have difficulty understanding and explaining how evolution operates. In search of better ways to teach the subject, researchers at Michigan State University developed complete evolutionary case studies spanning the gamut from the molecular changes underlying an evolving characteristic to their genetic consequences and effects in populations. The researchers, Peter J. T. White, Merle K. Heidemann, and James J. Smith, then incorporated two of the scenarios into a cellular and molecular biology course taught to undergraduates at the university’s Lyman Briggs College. When the students’ understanding was tested, the results showed that students who had understood an integrated evolutionary scenario were better at explaining and describing how evolution works in general.

The results of the research, described in the July issue of BioScience, are significant because evolution is not usually taught in this comprehensive, soup-to-nuts way. Rather, instructors teach examples of parts of the evolutionary process, such as the ecological effects of natural selection or the rules of genetic inheritance, separately. It appears that this fragmentation makes it harder for students to understand the process as a whole.

White and his colleagues note that “surprisingly few” comprehensive evolutionary study systems have been described, although the number is growing. The two employed in the BioScience study were about the evolution of sweet taste and wrinkled skin in domestic garden peas, and the evolution of light or dark coat color in beach mice living on light or dark sand. Students were tested on the beach mouse coat color scenario as well as on evolutionary principles in general. Understanding the beach mouse example was a better predictor of good responses to questions about evolution in general than was performance on the course as a whole. This suggests that improvements in evolutionary understanding came mostly from studying the integrated evolution scenarios. 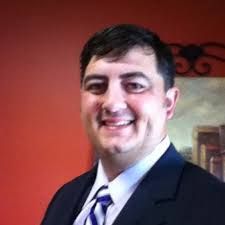